An Unlikely Student of Theosophy

Relax! Yussupov was never a Theosophist 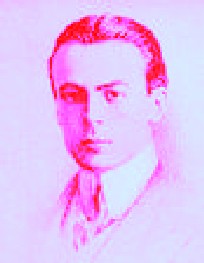 First lets make it clear that there is no evidence whatsoever that Felix Yusopov was ever a member of the Theosophical Society at any time. It seems, however, that an interest in life after death and a desire to develop psychic powers for his own ends led him to study Theosophical ideas.

From Lost Splendour – The Autobiography of Felix Yussupov

It was at this time (1906) that Nicholas and I promised each other that the first of us to die would appear to the survivor. The Almighty God, the afterlife and self-perfection were constantly on my mind.

A priest with whom I talked freely on these matters told me: "Don't try and find an answer to all these questions. Don't philosophize too much. just believe in God." But this wise advice did not satisfy my craving for knowledge. I immersed myself in the study of occult sciences and Theosophy. I had difficulty in believing that it was possible, during the course of our brief sojourn on earth, to earn the right to eternal life, as the Christian doctrine teaches us. The theory of reincarnation seemed, to my mind, a much better solution of the problems which preoccupied me. I learned that certain exercises of bodily and spiritual discipline could little by little develop in one a superhuman power which enabled one to master one's own weaknesses and dominate other people. With the conviction that I was inspired by a divine truth, I devoted myself to the practice of Yoga exercises. Every day I took a special course of gymnastics and did an incalculable number of breathing exercises; at the same time, I tried to concentrate and develop my will power. I soon noticed a change in myself: my mind became clearer, my memory improved, and my strength of will increased. Several people told me that even my expression had changed. I myself noticed that some people could not look me in the eye, and I concluded that I had acquired a sort of hypnotic power. To test my capacity for bearing pain, I held my hand over a lighted candle. I suffered the most excruciating pain, but it was not till the smell of roast flesh filled the room that I withdrew my hand. Having to undergo a particularly painful dental operation, I amazed the dentist by refusing an anesthetic.

I felt proud of having acquired so much control over myself and I no longer doubted that I could also control other people.

Later that year Felix Yussopov’s brother, Nicholas, is killed in a dual and he finds that an occultist had a hand in the affair and a strange hold over his brother

. Later, when going through my brother's papers, I found a letter proving that a certain Chinsky,

a very well-known occultist, had played a sinister part in this affair. They showed clearly that Nicholas was completely under his influence. He told my brother that he was his guardian angel,

directed by God's will; Chinsky made out that it was my brother's duty to marry the girl, and he encouraged him to follow her to . All his letters sang her praises, and her mother's as well.

Chinsky also warned Nicholas against revealing his intentions to his parents or to me.

Prince Yussupov’s interest in the development of the powers latent in man must have helped to determine his attitude to Rasputin. Later in his autobiography he describes a meeting with Gregori Rasputin and the hypnotic power he had. Possibly he came to envy Rasputin’s powers as they far in excess of anything he had been able to develop. Both men appear to have been motivated by a need for power and influence.

Rasputin had tremendous hypnotic power. I felt as if some active energy were pouring heat, like a warm current, into my whole being. I fell into a torpor, and my body grew numb; I tried to speak, but my tongue no longer obeyed me and I gradually slipped into a drowsy state, as though a powerful narcotic had been administered to me. All I could see was Rasputin's glittering eyes: two phosphorescent beams of light melting into a great luminous ring which at times drew nearer and then moved farther away.

I heard the voice of the starets but could not understand what he said..  I remained in this state, without being able to cry out or to move. My mind alone was free, and I fully realized that I was

gradually falling into the power of this evil man. Then I felt stirring in me the will to fight his hypnosis. Little by little the desire to resist grew stronger and stronger, forming a protective armor around me. I had the feeling that a merciless

struggle was being fought out between Rasputin and me, between his personality and mine. I knew that I was preventing him from getting complete mastery over me, but still I could not move: I

had to wait until he ordered me to get up.

Although be watched me closely, he did not realize that he could not read all my thoughts; my resistance to his hypnotic power had escaped him. A satisfied smile lit up his face, and the assurance

in his voice betrayed his conviction that he had got me in his power.

A friend of the starets (Rasputin) is supposed to have had in his possession a letter from the occultist Papus to the Tsarina. It was written toward the end Of 1915 and the last sentences were: "From a cabalistic point of view, Rasputin is a vessel similar to

Pandora's box; this vessel contains all the vices, all the crimes, all the faults of the Russian people. If it were ever to be broken, its frightful contents would immediately spread all over ."