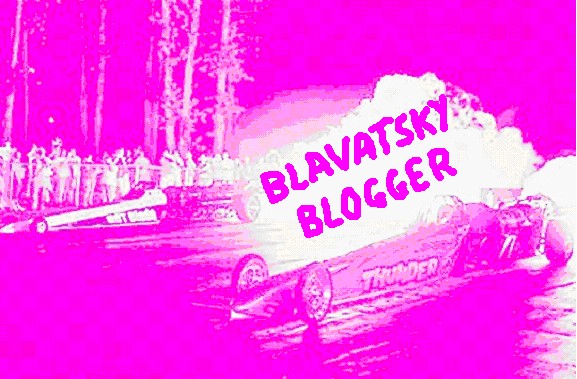 From C W Leadbeater’s The Hidden Side of Things

Any spot where some ceremony has been frequently repeated, especially if in connection with it a high ideal has been set up, is always charged with a

decided influence. For example, the hamlet of , where for many years at set intervals the Passion Play has been reproduced, is full of thought-forms of the previous performances, which react powerfully upon those who are

preparing themselves to take part in a modern representation.

An extraordinary sense of reality and of the deepest earnestness is felt by all those who assist,

and it reacts even upon the comparatively careless tourist, to whom the whole thing is simply an exhibition. In the same way the magnificent ideals of Wagner are prominent in the atmosphere of , and they make a performance there a

totally different thing from one by identically the same players anywhere else.

There are instances in which the influence attached to a special place is non-human. This is usually the case with the many sacred mountains of the world.

I have described in a previous chapter the great angels who inhabit the summit of the in . It is their presence which makes the spot sacred, and they perpetuate the influence of the holier magic of the leaders of the Tuatha-de-Danaan, which they ordained to remain until the day of the future greatness of shall come, and its part in the mighty drama of

empire shall be made clear.

I have several times visited a sacred mountain of a different type-- in . The remarkable thing about this peak is that it is held as a sacred spot by people of all the various religions of the . The Buddhists give to the temple on its summit the name of the shrine of the Sripada or holy footprint, and their story is that when the Lord BUDDHA visited in His

astral body (He was never there in the physical) He paid a visit to the tutelary genius of that mountain, who is called by the people Saman Deviyo.

Just as He was about to depart, Saman Deviyo asked Him as a favour to leave on that spot

some permanent memory of His visit, and the BUDDHA in response is alleged to have pressed His foot upon the solid rock, utilising some force which made upon it a definite imprint or indentation.

The story goes on to say that Saman Deviyo, in order that this holy footprint should never be defiled by the touch of man, and that the magnetism radiating from it should be preserved, covered it with a huge cone of rock, which makes

the present summit of the mountain. On the top of this cone a hollow has been made which roughly resembles a huge foot, and it seems probable that some of the more ignorant worshippers believe that to be the actual mark made by the Lord

BUDDHA; but all the monks who know emphatically deny that, and point to the fact

that this is not only enormously too large to be a human footprint, but that it is also quite obviously artificial.

They explain that it is made there simply to indicate the exact spot under which the true footprint lies, and they point to the fact that there is unquestionably a crack running all round the rock at some distance below the summit. The idea

of a sacred footprint on that summit seems to be common to the various religions, but while the Buddhists hold it to be that of the Lord BUDDHA, the Tamil inhabitants of the Island suppose it to be one of the numerous footprints of Vishnu, and the Christians and the Muhammadans attribute it to Adam-- whence the name Adam' s Peak.

But it is said that long before any of these religions had penetrated to the Island, long before the time of the Lord BUDDHA Himself, this peak was already sacred to Saman Deviyo, to whom the deepest reverence is still paid by the

inhabitants-- as indeed it well may be, since He belongs to one of the great orders of the angels who rank near to the highest among the Adepts.

Although His work is of a nature entirely different from ours, He also obeys the Head of the Great Occult Hierarchy; He also is one of the Great White Brotherhood which exists only for the purpose of forwarding the evolution of the world.

The presence of so great a being naturally sheds a powerful influence over the mountain and its neighbourhood, and most of all over its summit, so that there is emphatically a reality behind to account for the joyous enthusiasm so freely

manifested by the pilgrims. Here also, as at other shrines, we have in addition to this the effect of the feeling of devotion with which successive generations of pilgrims have impregnated the place, but though that cannot but be powerful,

it is yet in this case completely overshadowed by the original and ever-present influence of the mighty entity who has done His work and kept His guard there for so many thousands of years.

There are sacred rivers also-- the , for example. The idea is that some great person of old has magnetised the source of the river with such power that all the water that henceforth flows out from that source is in a true sense holy water, bearing with it his influence and his blessing. This is not an impossibility, though it would require either a great reserve of power in the beginning or some arrangement for a frequent repetition. The process is simple and comprehensible; the only difficulty is what may be called the size of the

operation. But what would be beyond the power of the ordinary man might possibly be quite easy to some one at a much higher level.