Creating your own After-Death State 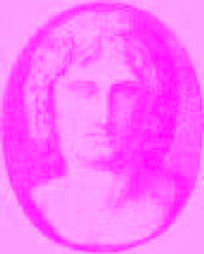 Became the official and compulsory poet of

The under Emperor Augustus

I have outlined here the H P Blavatsky view of the after death states and those of Virgil expressed in Book 6 of the Aeneid. There are some surprising similarities with a belief in reincarnation and the idea that you attract your own suffering. Virgil describes something similar to the Christian concept of Hell but like the Theosophical concept of Kama Loka, it is not eternal.

Virgil and H P Blavatsky make reference to the animal kingdom which although separate, experiences the same cycle of death and rebirth.

There are, however, some notable differences. Blavatsky postulates a period of bliss (Devachan) before for everyone before the return to physical life, even the tormented souls are allowed this, after the period of suffering is over whereas for Virgil’s tormented souls there is no such respite. They are simply rounded up and sent back with their memories wiped clean.

Virgil postulates a period of 1000 years between births, H P Blavatsky says that the Devachanic State lasts for 10 to 15 centuries.

Blavatsky refers to Devachan as the state after death of most mortals. Devachan for Virgil is reserved for an elect few who have earned it with  everyone else spending the inter life period in miserable atonement or torment decreed by the life previously lived.

At the point of physical death you get a free film show in the form of an objective review of the life you have just led. You can expect the honest truth here there’s no spin and no illusions.

“At the solemn moment of death every man, even when death is sudden, sees the whole of his past life marshaled before him, in its minutest details. For one short instant the personal becomes one with the individual and all-knowing Ego. But this instant is enough to show to him the whole chain of

causes which have been at work during his life. He sees and now understands himself as he is, unadorned by flattery or self-deception. He reads his life, remaining as a spectator looking down into the arena he is quitting; he feels and knows the justice of all the suffering that has overtaken him.”

After physical death you find yourself in the spirit realms (Kama Loka). You go into a realm of your own creation and if you’ve lived a pretty mean life then you can find your spirit realm a pretty mean unpleasant place and you can be stuck there for a long time. Spiritually advanced people and all round good people will move through Kama Loka fairly quickly and easily.

Kama Loka (Can be Hell, but not eternal)

For people who have lived evil lives, Kama Loka is probably the closest thing that Theosophy has to the concept of hell. It can last a long time but not forever.

Through Kama Loka the individual loses all earthly characteristics and attachments as the personality is dissolved. An essence of experience is distilled from the life lived and the individual experiences another life review. The individual is now ready to enter the second death (Devachan).

Devachan is really a subjective state but a great state to be in. The individual is surrounded by loved ones in ideal circumstances and positive aspirations of the past life are fulfilled.

Unfortunately Devachan can’t last. You have to leave and be born into another incarnation. There is some choice about your new life based on what you need to learn but you can’t be too choosy and have to take the most appropriate of what is available.

As you go back into reincarnation your last life can haunt you in the form of Skandhas, which are attributes developed previously and carried forward.

From the The Key To Theosophy

Q. You spoke of Kamaloka, what is it?

A. When the man dies, his lower three principles leave him forever; i.e., body, life, and the vehicle of the latter, the astral body or the double of the living man. And then, his four principles-the central or middle principle, the animal

soul or Kamarupa, with what it has assimilated from the lower Manas, and the higher triad find themselves in Kamaloka. The latter is an astral locality, the limbus of scholastic theology, the Hades of the ancients, and, strictly speaking, a locality only in a relative sense. It has neither a definite area nor boundary, but exists within subjective space; i.e., is beyond our sensuous

perceptions. Still it exists, and it is there that the astral eidolons of all the beings that have lived, animals included, await their second death. For the

animals it comes with the disintegration and the entire fading out of their astral particles to the last. For the human eidolonit begins when the

Atma-Buddhi-Manasic triad is said to "separate" itself from its lower principles, or the reflection of the ex-personality, by falling into the Devachanic state.

Q. But what is Devachan?

A. The "land of gods" literally; a condition, a state of mental bliss. Philosophically a mental condition analogous to, but far more vivid and real than, the most vivid dream. It is the state after death of most mortals.

Q. What of the latter? How long does the incarnating Ego remain in the Devachanic state?

A. This, we are taught, depends on the degree of spirituality and the merit or demerit of the last incarnation. The average time is from ten to fifteen

centuries, as I already told you.

Kamaloka (Sk.). The semi-material plane, to us subjective and invisible, where the disembodied “personalities”, the astral forms, called Kamarupa remain, until they fade out from it by the complete exhaustion of the effects of the mental impulses that created these eidolons of human and animal passions and desires; (See “Kamarupa”.) It is the Hades of the ancient Greeks and the Amenti of the Egyptians, the land of Silent Shadows; a division of the first group of the Trailôkya. (See “Kamadhâtu”.)

Virgil’s View as expressed in The Aeneid

In the extract from the Aeneid below, Aeneas (the central hero) is visiting the underworld where the mysteries of life and death are being explained to him by his late father, Anchises.

His father mentions the point of death and suggests that there is some possibly to repent for evil committed but many are beyond redemption and incapable of this. There is no mention of  review of the past life.

Anchises explains the unity of life and that the power that gives life to animals and man is the same force. There is however no confusion between the animal and human kingdom with no suggestion that man can be relegated to animal status. This agrees with the Theosophical view that man remains man.

A select few are rewarded for a good life by being allowed to wander the fields of Elysium (Heaven) and to cleanse their souls of imperfections in their own time. This is similar to moving up through the Astral levels quickly and easily and there is a suggestion of Devachan (period of bliss).

Other are punished according to what they have done in life and Anchises seems to suggest that by the inherent evil they have acquired in life these souls bring the commensurate punishment on themselves. They have created their own hell. There is no Devachan or state of bliss for this group before returning to Earth life. Their memories are wiped clean after 1000 years of suffering and they are rounded up on the banks of the river Lethe and sent back to physical life.

The Transmigration of Souls

‘Firstly, a spirit within them nourishes the sky and earth,

the watery plains, the shining orb of the moon,

and Titan’s star, and Mind, flowing through matter,

vivifies the whole mass, and mingles with its vast frame.

From it come the species of man and beast, and winged lives,

and the monsters the sea contains beneath its marbled waves.

The power of those seeds is fiery, and their origin divine,

so long as harmful matter doesn’t impede them

and terrestrial bodies and mortal limbs don’t dull them.

Through those they fear and desire, and grieve and joy,

and enclosed in night and a dark dungeon, can’t see the light.

Why, when life leaves them at the final hour,

still all of the evil, all the plagues of the flesh, alas,

have not completely vanished, and many things, long hardened

deep within, must of necessity be ingrained, in strange ways.

So they are scourged by torments, and pay the price

for former sins: some are hung, stretched out,

to the hollow winds, the taint of wickedness is cleansed

for others in vast gulfs, or burned away with fire:

each spirit suffers its own: then we are sent

through wide Elysium, and we few stay in the joyous fields,

for a length of days, till the cycle of time,

pure ethereal thought, and the brightness of natural air.

All these others the god calls in a great crowd to the river Lethe,

after they have turned the wheel for a thousand years,

so that, truly forgetting, they can revisit the vault above,

and begin with a desire to return to the flesh.’

More on the Aeneid

H P Blavatsky in this extract from “ A Paradoxical World”, acknowledges the concept of the long period (10 -15 centuries) between incarnations as coming from ancient teaching. The tradition being handed down from the Egyptians to the Greeks and then the Romans.

“This dogma of the return of the Soul or the Ego

after a period of 1,000 or 1,500 years into a new body (a theosophical teaching now) was professed as a religious truth from the highest antiquity. Voltaire wrote on the subject of these thousand years of post mortem duration as follows:

This opinion about resurrection (rather "reincarnation") after ten centuries, passed to the Greeks, the disciples of the Egyptians, and to the Romans (their Initiates only), disciples of the Greeks. One finds it in the VIth Book of the

Aeneid, which is but a description of the mysteries of Isis and of Ceres’ Eleusina;

All these others the god calls in a great crowd to the river Lethe,

after they have turned the wheel for a thousand years,

so that, truly forgetting, they can revisit the vault above,”

feel free to use any material on this Website.

for a lighter view