there than we thought 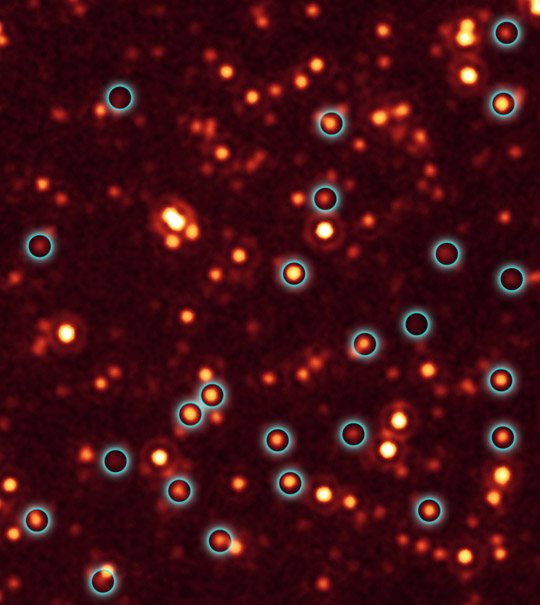 The circled galaxies all contain

Current scientific thinking postulates that most of the galaxies formed shortly after the Big Bang should have giant black holes lurking in their cores--but until now, astronomers haven't seen much evidence.

You can't see a black hole directly, but when gas falls into its voraciously powerful gravitational field, the gas heats up and glows brilliantly. Except that so far, it hasn't, as far as observers could tell.

But it turns out that at least some black holes have been blazing all along; they were just shrouded by dust.

It took the infrared-sensitive Spitzer Space Telescope to peer through the dust, and the Chandra X-Ray Observatory (also in space) to find the telltale X-rays that betray the presence of super-hot gas that surrounds the black holes.