Let’s Hear it for Sanskrit

More than just a language

Theosophists have good business and esoteric reasons for using Sanskrit terms. Sanskrit is not just a language in the sense of verbal communication, it has other dimensions and attributes that go far beyond practical everyday language.

Sanskrit is the ancient religious, philosophical and scientific language of through which learning has been handed down in written form since at least 1000 BCE. Before the written form arrived, Sanskrit must have been the basis of a phenomenal oral tradition. Despite being the most successful world language, English as we can understand it only goes back about as far as the works of John Skelton 1525ish.

By its esoteric nature and rarified use, Sanskrit has also been protected from distortion and pollution by other languages. English has the problem that some words vary in meaning around the world.

Hindi is one of the modern languages derived from Sanskrit and despite being a widely spoken practical everyday language, it must certainly contain some remnants of the qualities of Sanskrit. It is important, however, to note that Hinduism still preserves the use of Sanskrit. They go to a lot of trouble to do this, so they must know something.

Unfortunately Sanskrit terms are not protected from the inappropriate use, so watch out for this. Anybody can rip off a Sanskrit word and manipulate it for their own purposes.

H P Blavatsky used Sanskrit terms extensively in the Secret Doctrine to convey concepts which were derived principally from Brahminical Hinduism. Many of these words don’t just have have no equivalent in any modern language but also convey ideas that aren’t found outside esoteric eastern thought. For the same reason H P Blavatsky also used many Tibetan terms.

The sound esoteric reasons for the use of Sanskrit are rightly promoted by the Theosophical movement. Theosophists maintain that Sanskrit is a mystical language which has occult properties inherent within it. These can be summed up as follows:-

1 The Root Meaning of the word embodying the idea with potent significance. (This was the language of sages)

2 The Mystical Sound Value of the word.

3 The force or power of letters, speech or sound.

The current interest in Sanskrit Mantra Chanting has been generated by renewed interest in these properties. It is also claimed that Hebrew has similar properties. 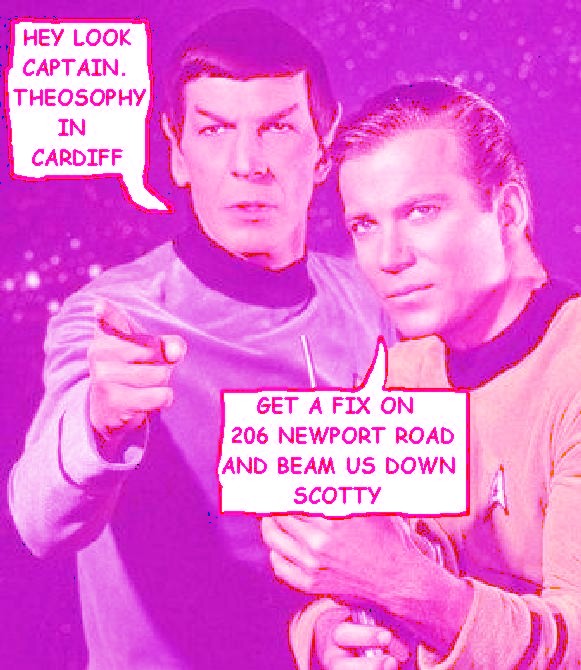 Within the British Isles, The Adyar Theosophical Society has Groups in;

links on this site is that they have some

A Text Book of Theosophy

Practical Action works with poor communities to help them choose and

use technology to improve their lives for today and generations to come.

in support of Practical Action at Theosophy meetings.

You may know this charity under its old name of