Based on H P Blavatsky’s Theosophy

An Adaptation of the Eastern Esoteric Tradition

and still in use worldwide as a

Do Me a Favour

Please Don’t Call Me Back

Being called back with a séance is like being

Knocked out of bed at in the morning

To go down five flights of stairs in the freezing cold

in your pyjamas to answer the phone.

And when you pick the phone up you can’t hear anything.

I heard a horseman

Ride over the hill;

The night was still;

His helm was silver,

And pale was he;

And the horse he rode

The Purpose of Experience

“we are all painters living in the gallery of the

paintings we have already done, but which

we have not yet set entirely aside, because we

have not yet “got them right”, and obtained the

internal satisfaction which comes from the feeling

of unfoldment or expansion of some part of our life.”

“easy is the descent to Avernus, for the door to the

But to retrace your steps and return to

The significance of Aeneas’s visit to the underworld

The intended outcome is the

This is a disturbing mirror

Revolution into an Esoteric Doctrine

and the ideal revolutionary into a warrior

monk who does not pursue material gain,

power or adhere to a political ideology.

His ideas have influenced South American

terrorist movements with some devastating effects.

H P Blavatsky was prepared to engage in armed struggle

against oppression when she fought as a partisan

alongside Garibaldi at the of Mentana in 1867.

groups in the Balkans during the 1870s.

Despite this participation in and support for

Esoteric Ideas were to leave a peaceful legacy.

and Jules Regis Debray mirror each other with

one using Esoteric Thought for peace,

harmony and understanding while

the other used it for conflict and violence.

The Court of the Crimson King

of this King Crimson song

the end of physical life.

The process of phasing out

You may bury my body down by the highway side

Baby, I don't care where you bury my body

when I'm dead and gone

You may bury my body, down by the highway side

So my old evil spirit can catch a Greyhound bus and ride.

From Me and the Devil Blues

I’m desperate for a pint

But I haven’t got a body to drink it with

Your desire and mental body come with you into the

after death states so you won’t lose your cravings.

Not for a while anyway

What has Akasha ever done for us?

Our Physical Bodies are renewed

over a seven year period.

How is it that we can still

recognize ourselves in the mirror.

A Theosophical overview of

with links to relevant Blog Postings.

(The Principle of the Shadowy Arc)

Neil from The Young Ones

Go easy on your Desire Principle

Look what happens when it gets damaged

A Brief History of Atoms

Is Jesus indicating the Law of Karma?

As he went along, he saw a man

blind from birth. His disciples asked

him “Rabbi, who sinned, this man

or his parents that he was born blind?

“Nether this man nor his parents”

said Jesus “but this happened so that

From Sinner by Judas Priest

In line with the cyclic nature of History,

we are knocked out of our complacency as a

period of calm and stability is swept away by

higher forces which we cannot control.

A Black Sabbath Song about

Death will be their acquisition

Raining Blood by Slayer from the Album Reign in Blood

A Dweller on the Threshold (past self)

waits on the lowest rung of the Astral Plane

to settle the account of a past life with a

current self which now hopes to make

why addicts get no pleasure from

anything but their drug of choice.

as Theosophy Cardiff Separates from the

If you move in Theosophy circles, then you will no doubt

have heard, that in March 2008 Theosophy Cardiff

being asked questions about it. We hope this page will answer them.

Added to this page 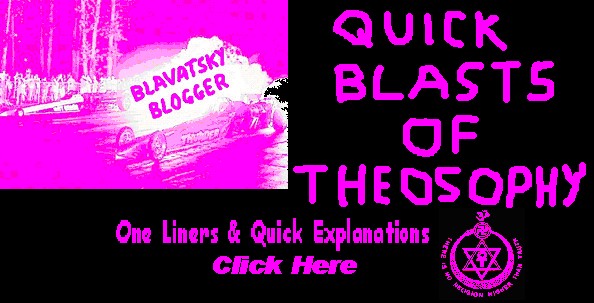 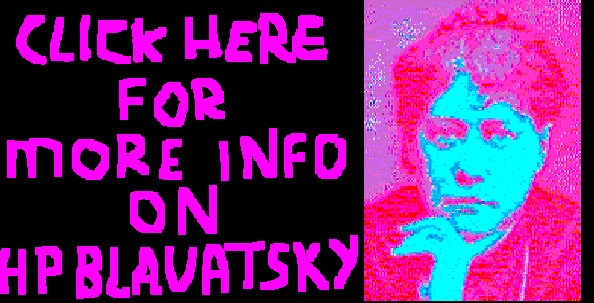 If you are new to Theosophy 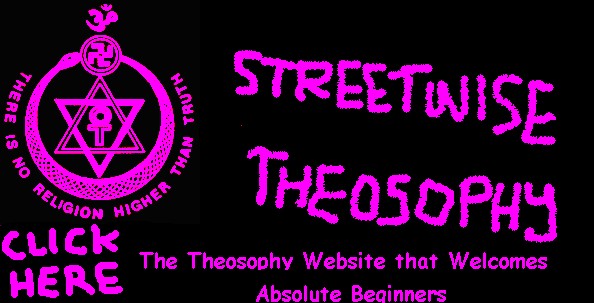 Or if you are really pressed for time

If you run a Theosophy Group then you

can use this as an introductory handout 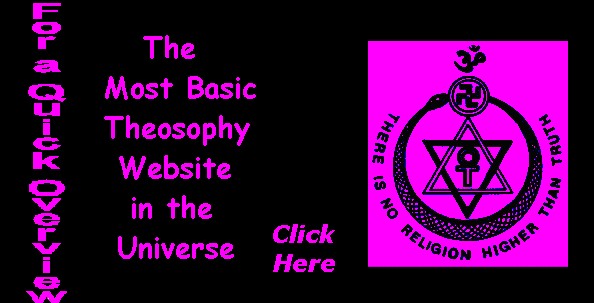 Or Why not visit

Article describing Tekels Park and its much

cherished wildlife by Theosophist and long

The Theosophical Value of

The Theosophy Wales Guide to

& of course you don’t need to live in Wales

to take advantage of this guide